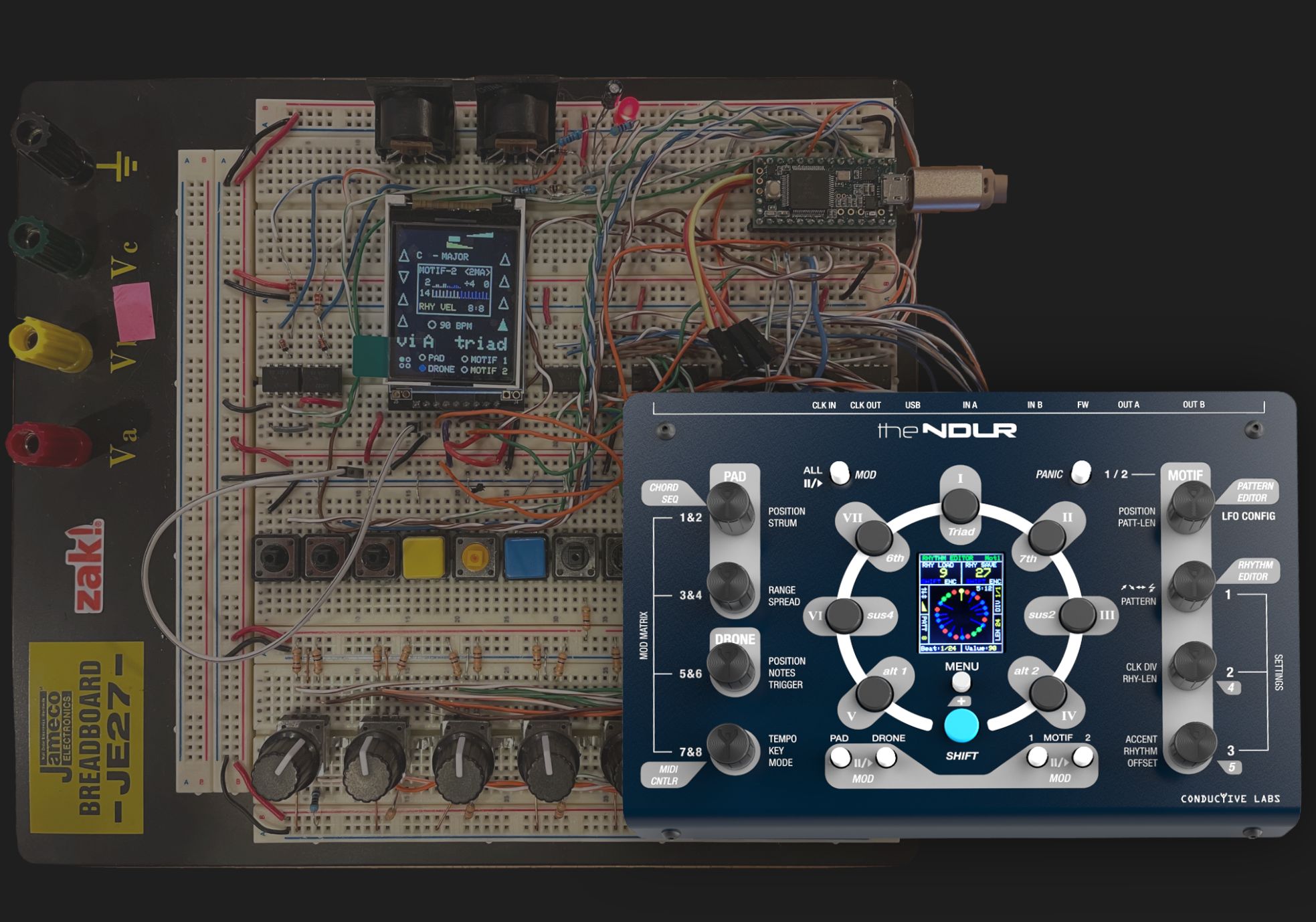 The concept of noodling on a guitar is one we are all familiar with, but how do you noodle on a synth? Conductive Labs took the notion of noodling (or freestyle playing) on synths as the starting point for their NDRL sequencer.

Rather than playing with notes, with the NDLR you play high-level concepts - chord progressions, arpeggiators and how they interact with one another. It's like conducting a little quartet rather than playing an individual instrument. And this might sound like playing Ableton, but it's very different than that. With the NDLR you don't mix between pre-recorded samples, but rather mix musical concepts.

This way of playing informs the interface directly. There is no way to add individual notes precisely. Instead, you sequence ideas and progressions with a set of pre-defined rules.

Putting design aside for a moment, in this conversation we go well beyond design and engineering. We discuss the challenges of fabrication and DFM (design for manufacturing). Producing instruments in China, or from home, and what it actually means to turn a prototype into a product that's produced by the thousands. 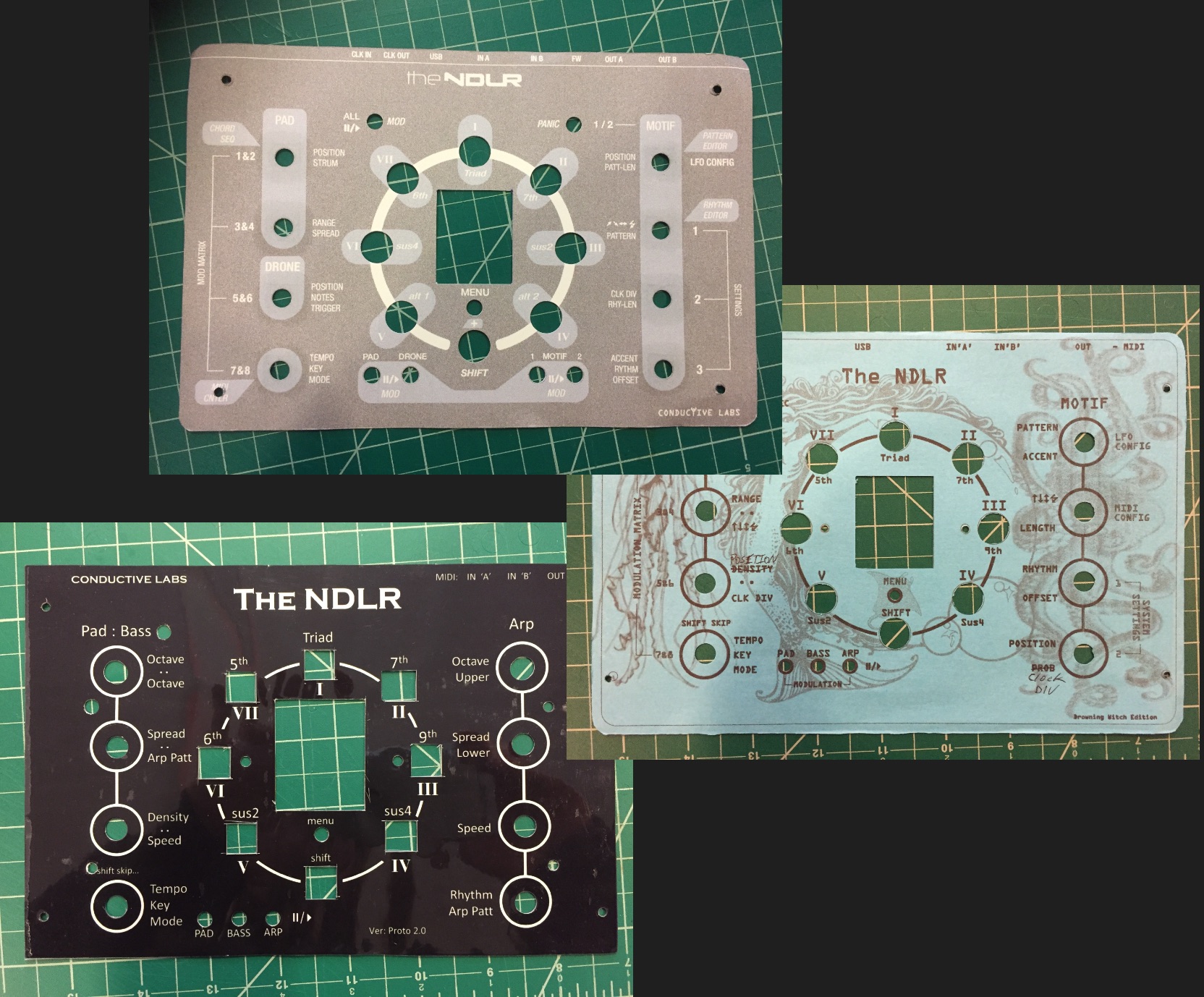 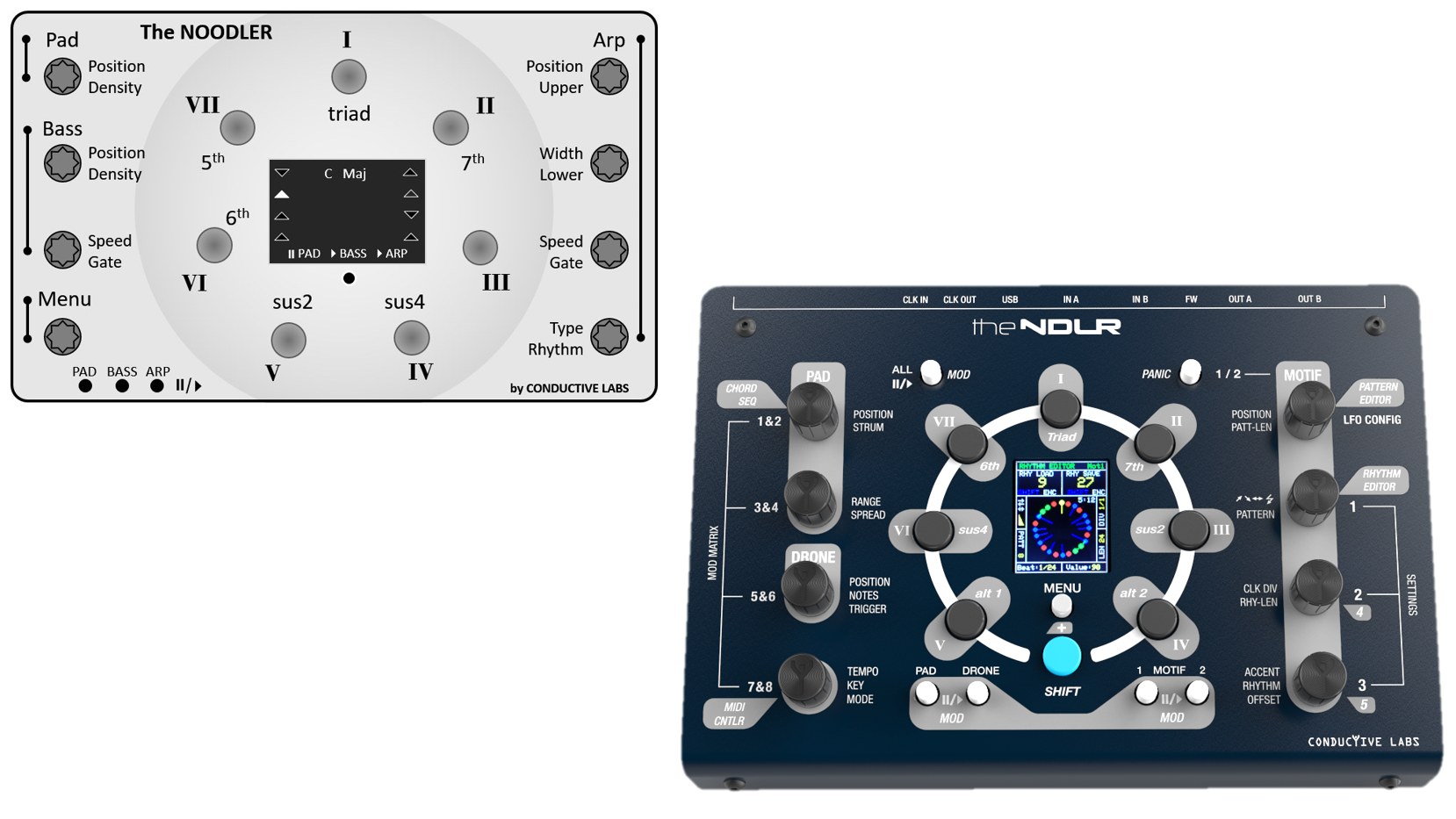