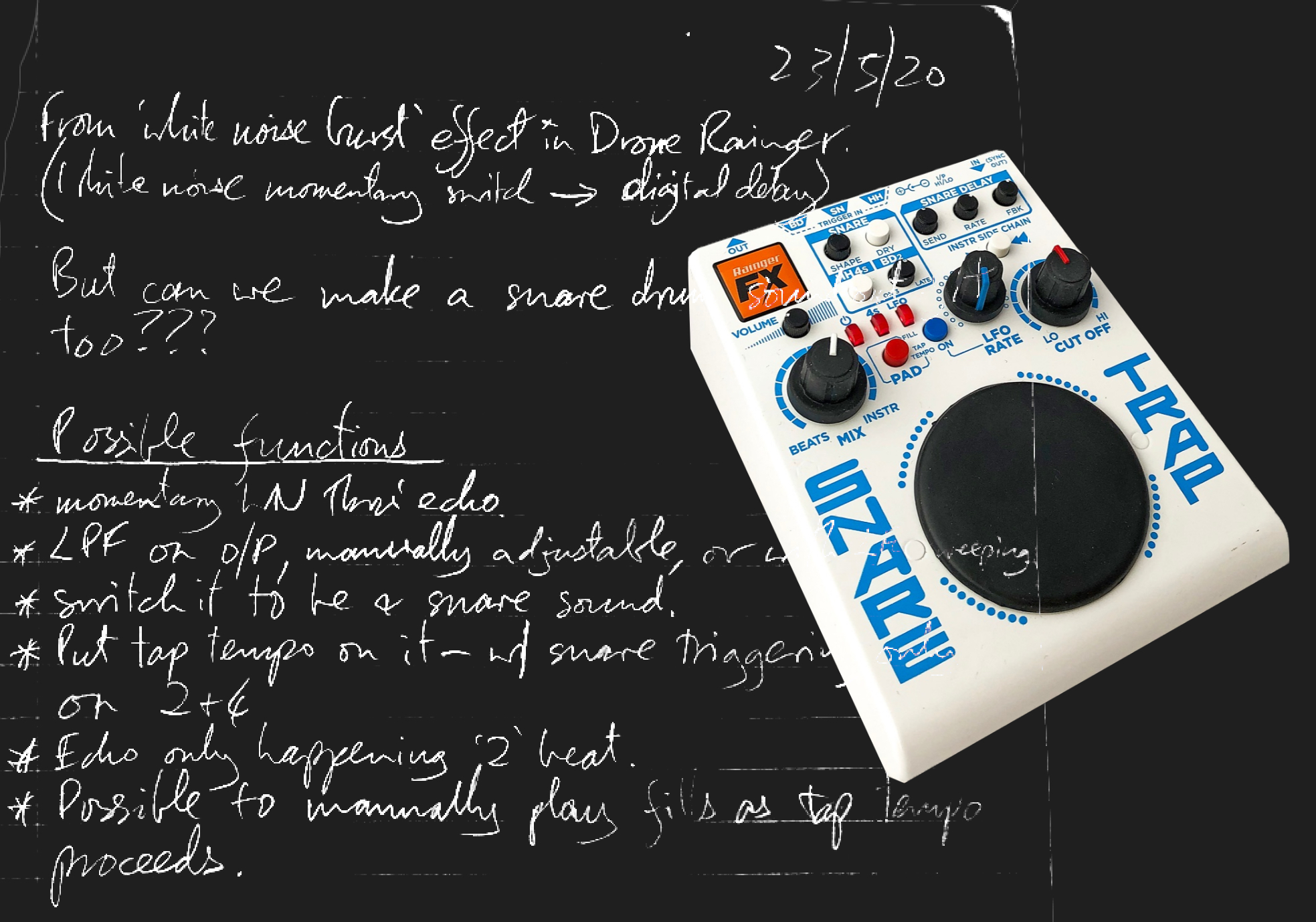 Guitar effects are a gateway drug for synthesis, and we've gone a long way since the first distortion stomp was introduced around the middle of the last century.

David Rainger's take on the conventional guitar effect is inspiring. He brings a fresh perspective on how one could shape their sound, using not only a combination of electronic circuits but playful interaction methods.

In our conversation, we cover a couple of pedals. Among them, the Minibar, which is a distortion that works only when liquid is added to the circuit. The Snare Trap, inspired by the old Simmons Clap Trap and turned into a guitarist's personal drummer. And the Drone Rainger, which is a complete drone synth hidden inside a delay effect. The pedals are well thought out in terms of sound and interaction, but also in their visual style which makes them stand out from the crowd.

David shares his (very analogue) design process, most of it done on paper, and working with a local metal shop to realize his unique enclosures.

Check out the images below for a glimpse into David's notebook!

learn more about the designer 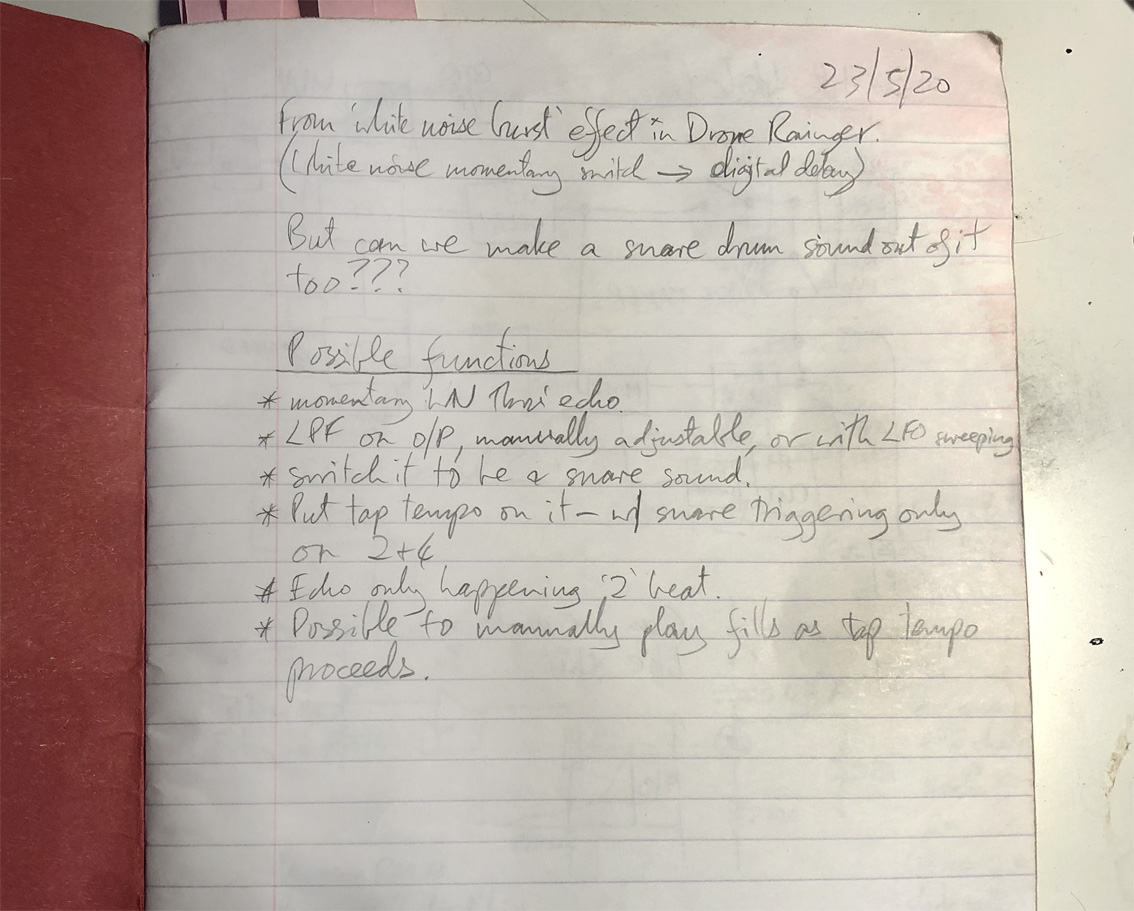 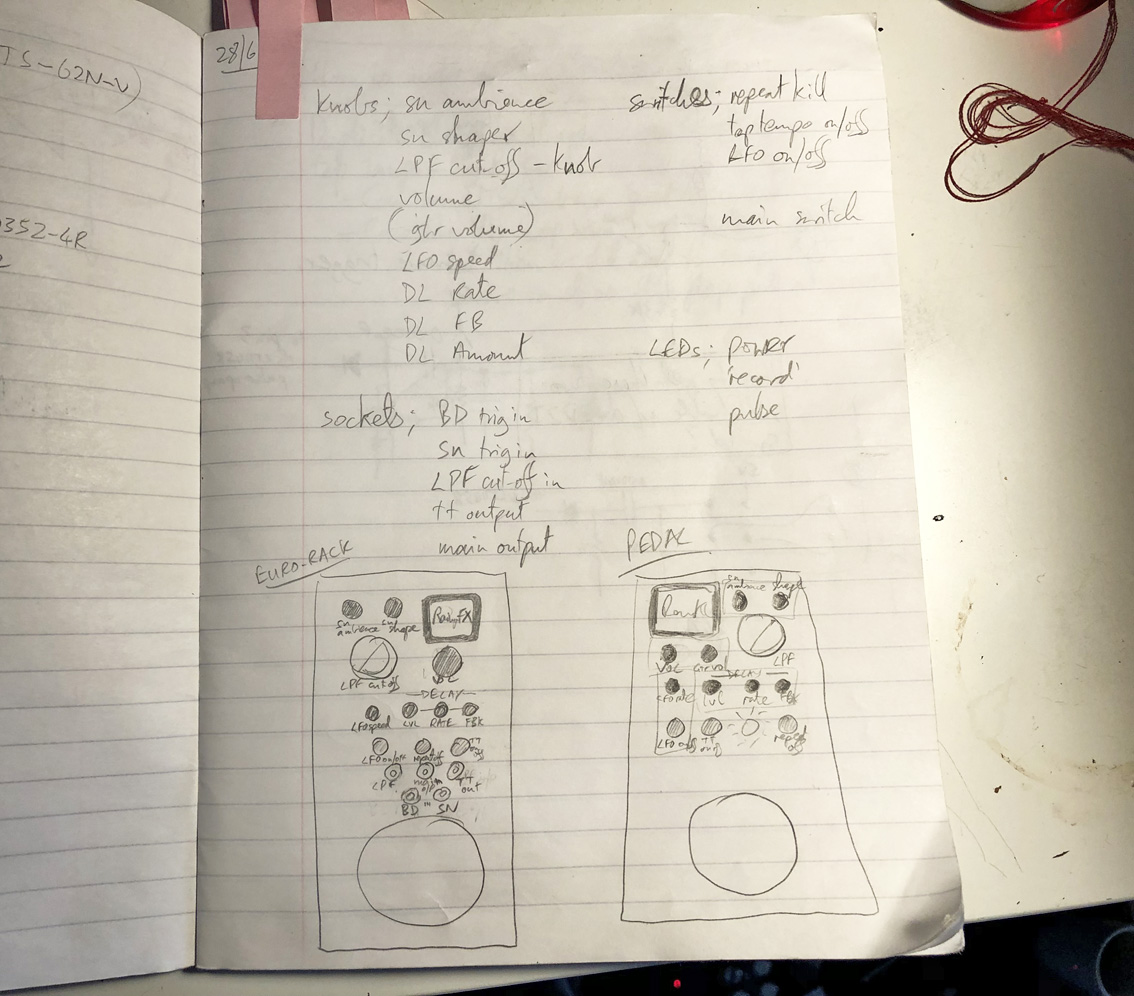 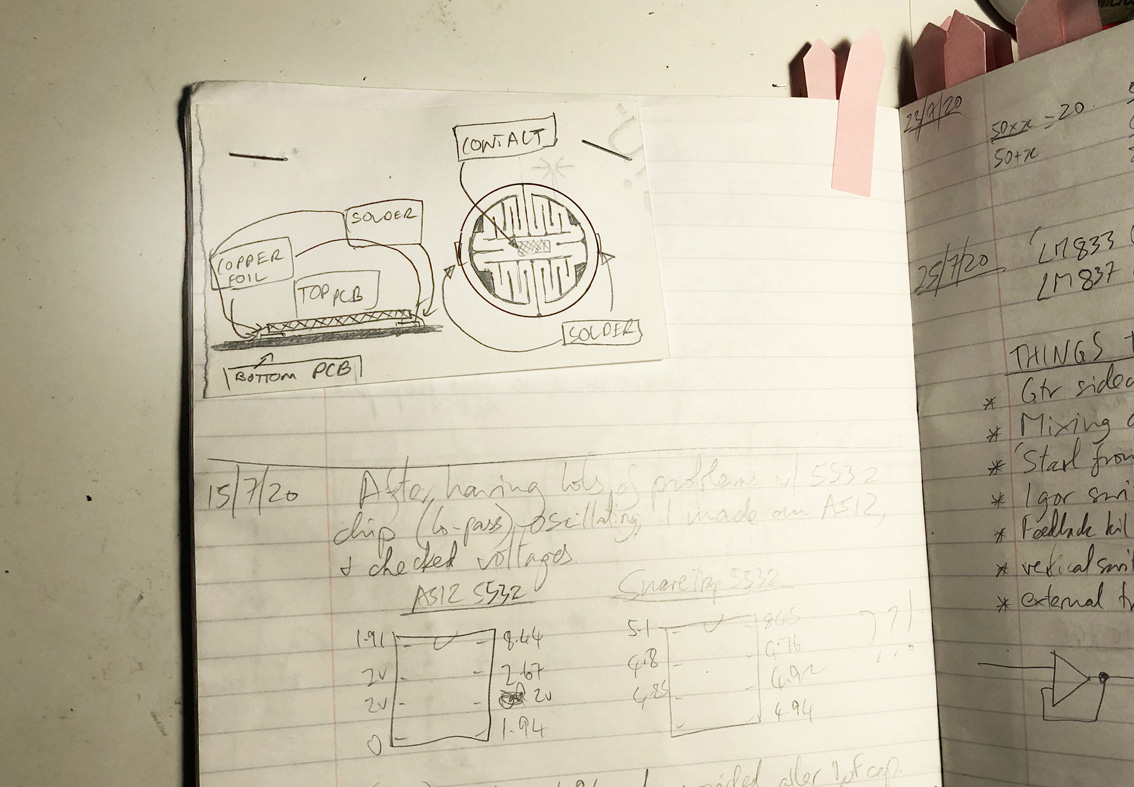 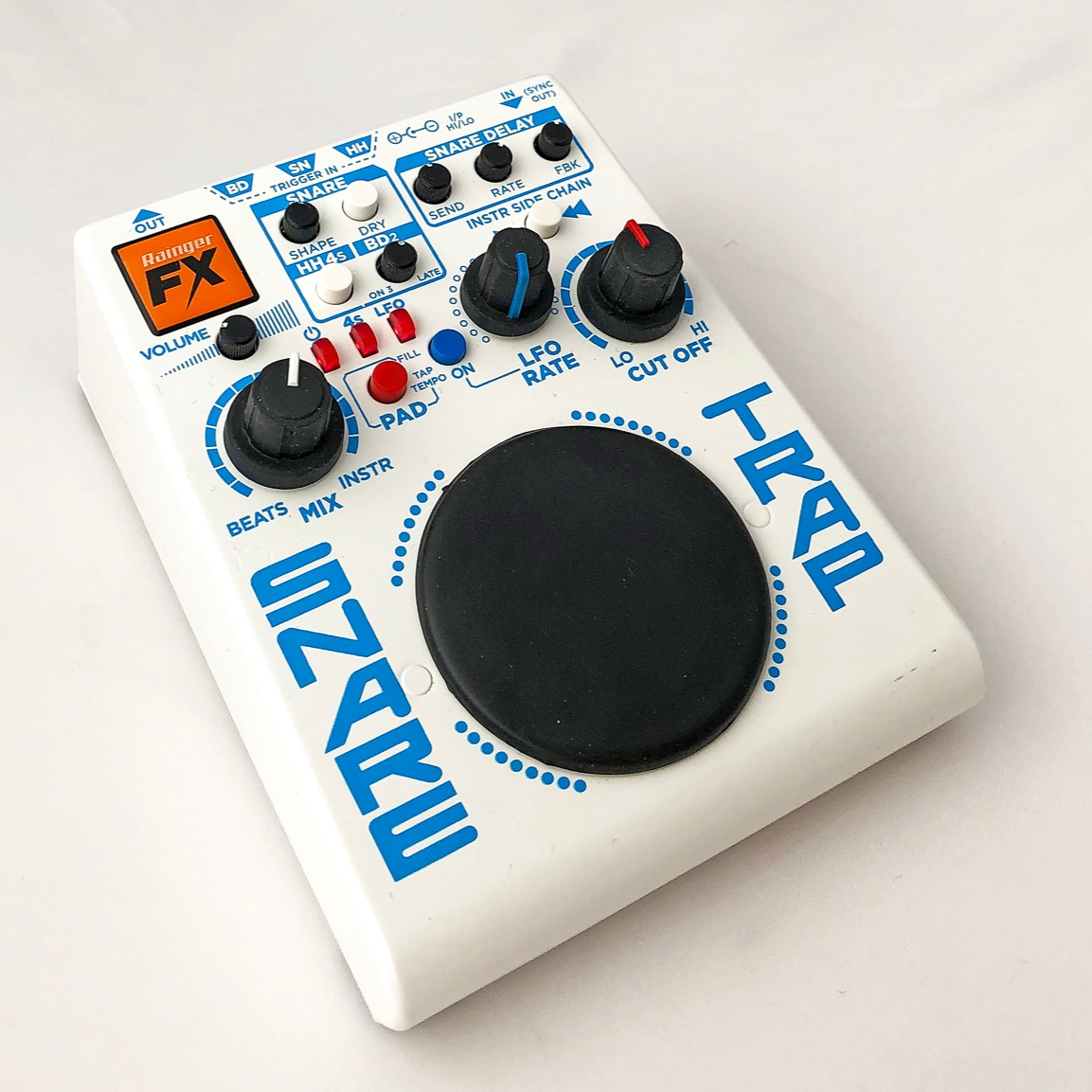 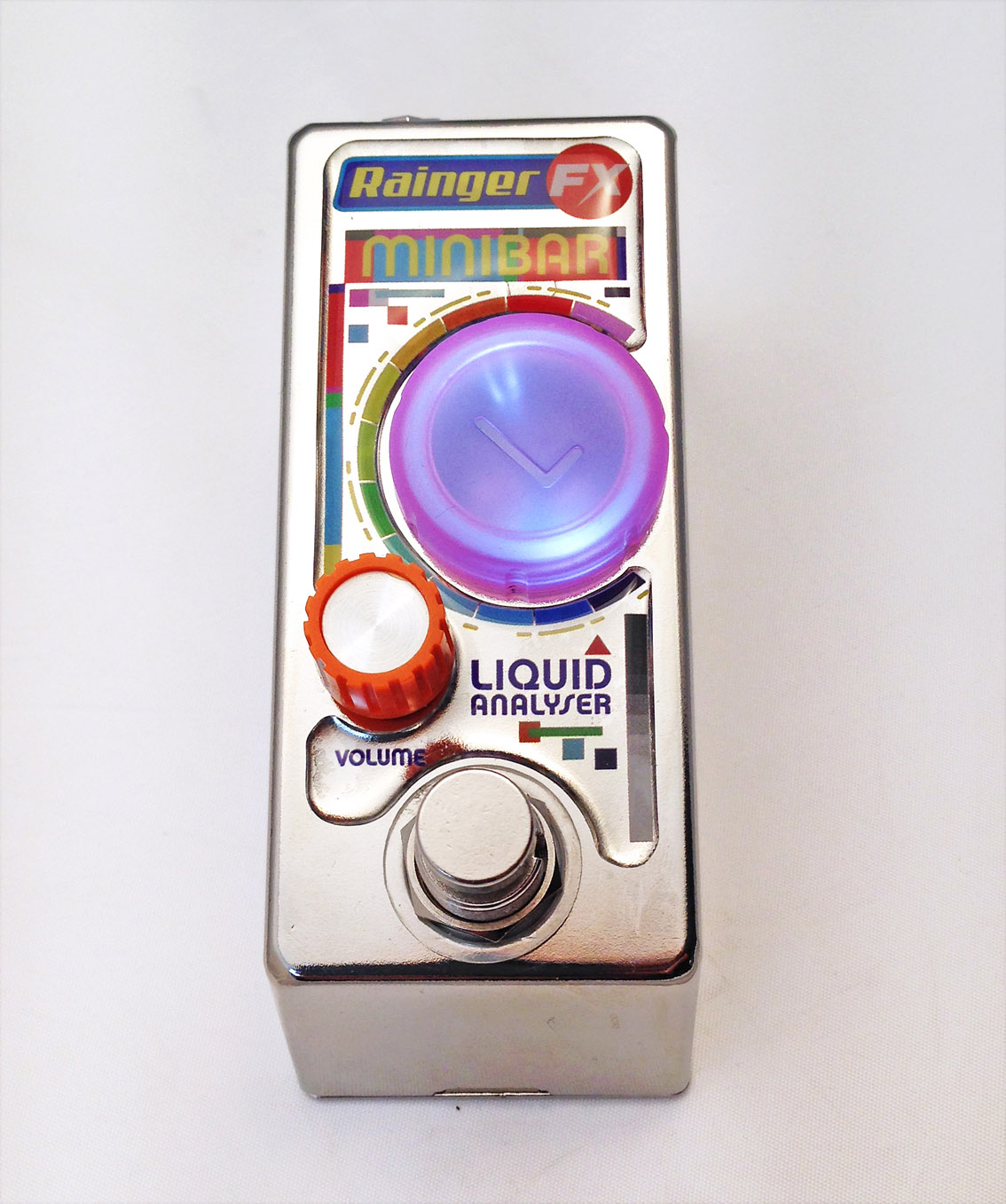