An installation translating Twitter conversations into sound.
No items found. 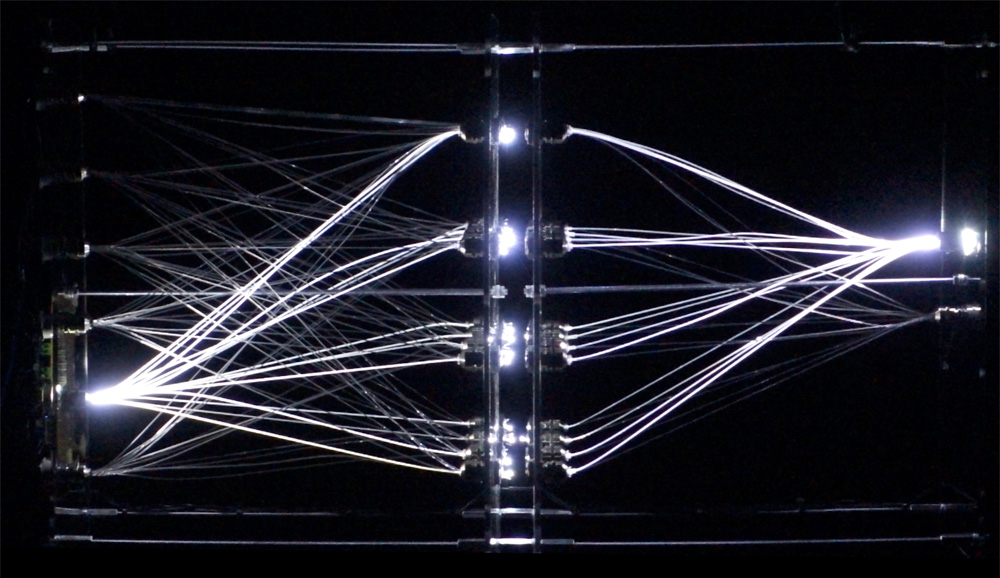 The project “Soniferous feed” aims to translate digital energy from discourses on social media platforms into an audio-visual experience. More and more gatherings of any kind are taking place online. We still have discussions and arguments but the effect on us is not the same. They lack the sensory experience of the crowd. Using a neural network to detect emotions in digital conversations on Twitter, data is taking the role of composing a soundscape based on how the people feel when they are online. Thus, converting the energy of an online discussion to something we can perceive with our senses. 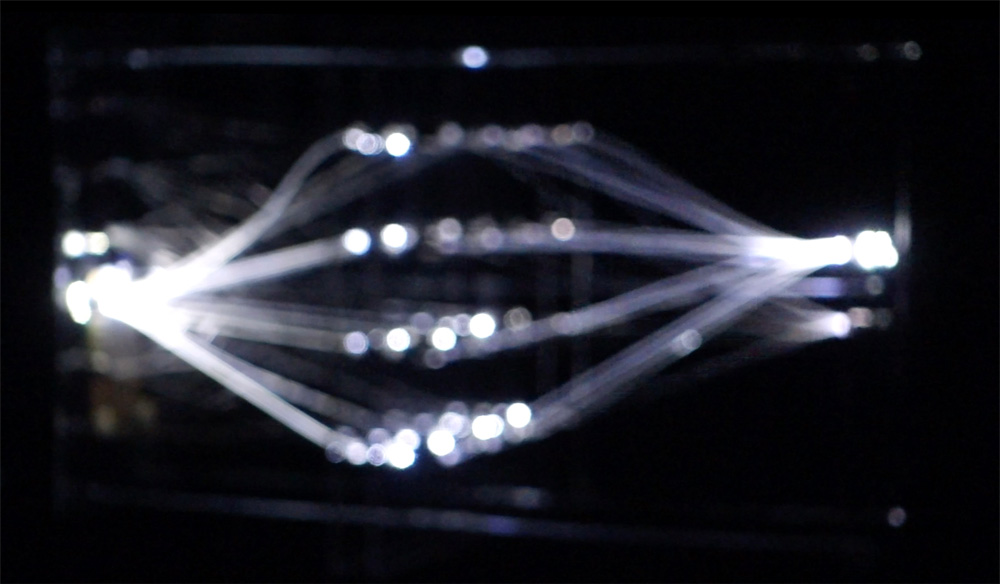 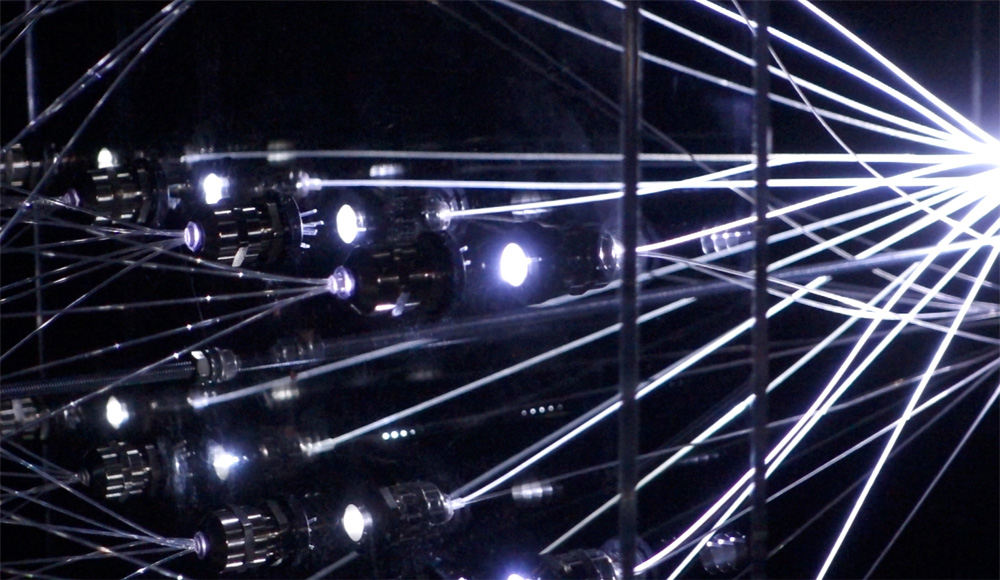 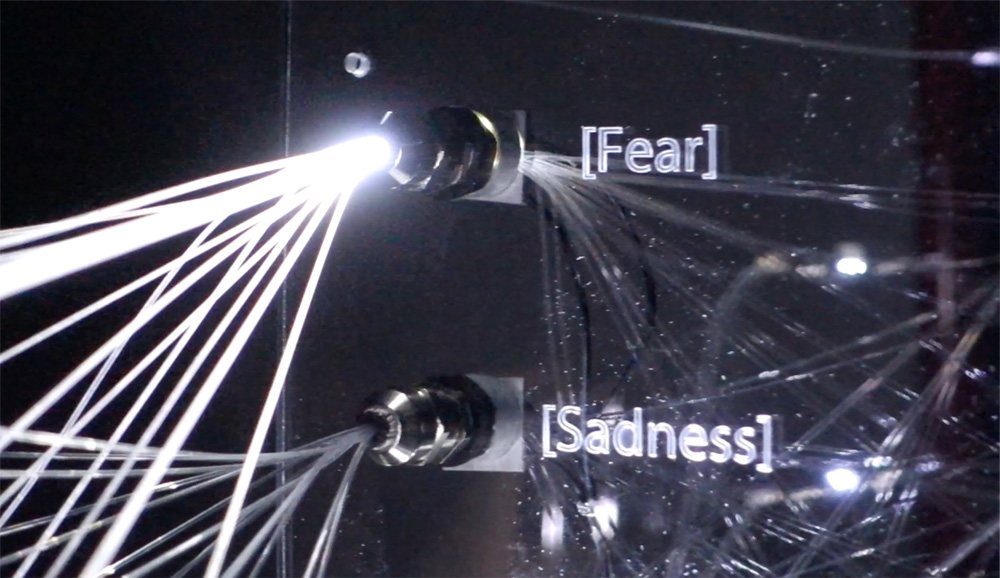 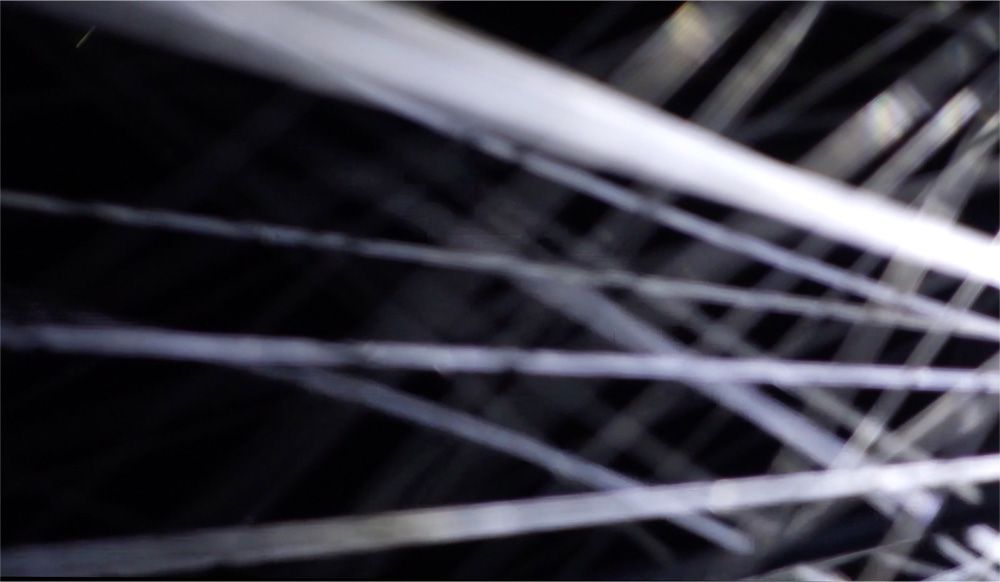 How does it work?
To detect emotions in and to create a portray of a discussion on Twitter the project uses TensorFlow, an open-source neural network designed by Google. The outcoming datasets of this analysis have been mapped to a variety of sound parameters, connecting the emotions of the discussion on Twitter with sounds representing those emotions. Simultaneously this visual outcome of the project emphasizes on the structure of the neural network that has been used with an input, two hidden and an output layer (the four acrylic glass plates). These different layers are interconnected with a web of glass fiber strings. Using high power LEDs these strings carry light from one “neuron” to the next, showing the computations and weights that are being calculated by the neural network.
Open source code
Click here to grab this project's code

No items found.
About the instrument

Behind the scenes
No items found.